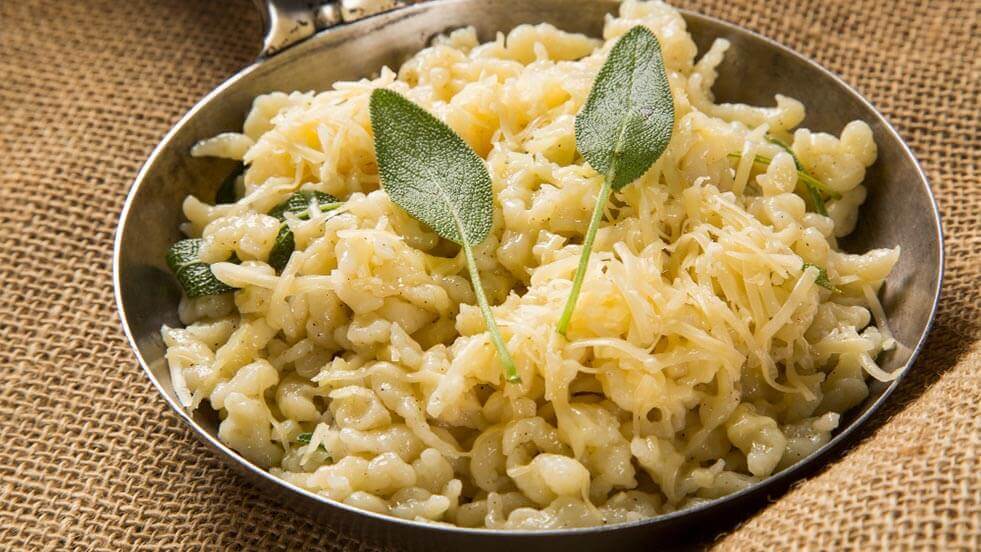 We often forget that many dishes that we take for granted had at one time had come from Europe and were adapted into Americanized dishes. We’ve seen it before with many popular dishes I’ve made here, however, I don’t think I’ve ever delved into the exact history of some very special ones. Here’s a little story I want to tell you about one of my favorites called Spaetzle. 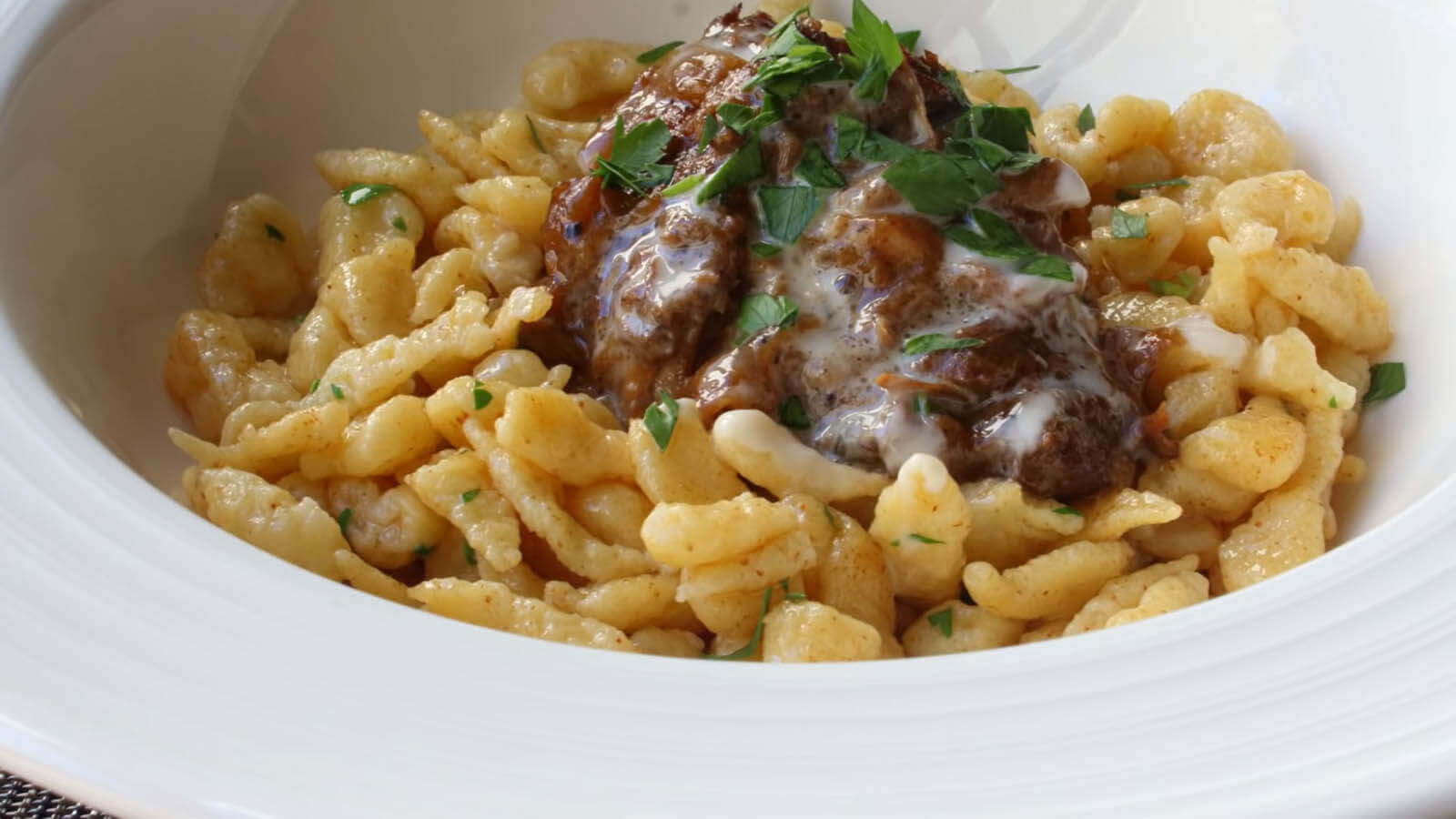 Well, for most of my early life, I had a big dream of living in Europe which was back at a time when you could use the Eurorail pass. This was very popular with most of my college friends and anyone could virtually travel throughout Europe for practically nothing back in the early 90s. One of the best parts about traveling on the Eurorail was pulling into interesting cities I had selected on my handy pocket map.

Among a few of the big cities that I encountered throughout Europe included Germany and Hungary where I found that they offered a type of homemade pasta that was unlike anything I had ever seen. To my surprise, it looked like a scrambled egg that has been squeezed through a pasta strainer. Actually, this is very similar to how noodles or dumplings are made, and the ingredients are equally simplified.

Normally, spaetzle is served with meat and gravy but this recipe can be enjoyed without any meat served on the side. It really depends on the mood you’re in and what recipe you decide to go with. But the actual process of making spaetzle can be recreated in your home the same way it’s been done in Europe for several centuries. I found that I could use my potato ricer that has different-sized holes that can be swapped out to make different sizes.

The basic ingredients of Spaetzle include flour, eggs, salt, and water which is about as simple as it gets. The magical transformation it goes through is when this sticky slurry is squeezed through a pasta strainer or ricer that empties into boiling water will instantly cook the falling pasta. Because these little homemade egg noodles are cooked so fast, this also makes the texture and firmness very appealing.

The only real cleanup is from washing off your ricer afterward since this sticky dough will be worse than glue if you don’t wash it off right away. Don’t make the mistake of using hot water either since this will only make your flour mixture stick to these surfaces even faster and will muck up your kitchen sponge. I use cool to lukewarm water which eases off this mixture and dilutes it rather than making it thicker. 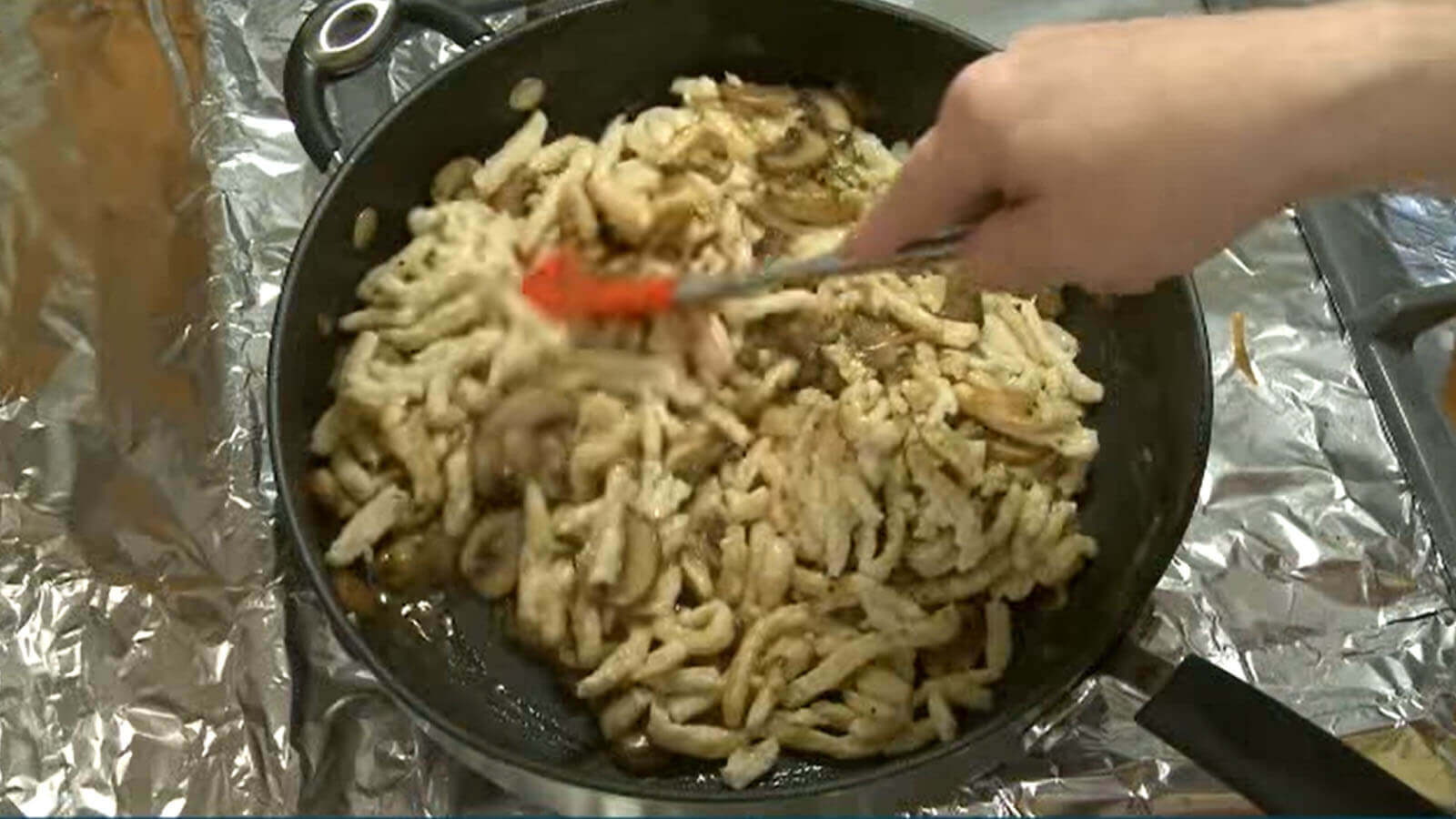 Now I forgot to add that you’ll be using bacon to flavor your spaetzle but this is mixed with butter and will be used to sauté your mushrooms. Later when you’re done, you can choose to add the leftover bacon to the dish if you like. If you’re vegan, you can use vegan bacon that will produce oils when it’s fried. The resulting flavor won’t exactly be the same thing but you’ll still have a bacon-like flavor.

Being on vacation makes me happy. I’m sure it’s the same for you and, really, it seems rather trite to say such a thing. But I mean it. Being on vacation turns me into the most optimistic and fun-loving person who ever walked this planet. I find everything about new places is wonderful and endearing.

The disturbed man in London who is standing in the street shouting obscenities? Charming! He’s got lots to say!

The beer bottles on the side of the road in a tiny town in South America? Lovely! Maybe they were left there after a carnival or parade of sorts?

It’s all silliness, I know. However, I do enjoy a good spot of time away from the rainclouds that cast shadows over this city all too often. And, among those places for which I always have wanderlust, is Germany. It is a country high on my list of favorite places to visit. It’s possibly because I spent a good deal of time there with a German boyfriend and really fell in love with the landscape and the people. Yes, that’s possible. However, it’s more honest to admit my heart yearns frequently for hearty German food and beer.

I also have an affinity for those crazy glasses and jeans Germans wear. I find jean technology there quite advanced. All that street fashion, however, is for discussion on another day.  And, while Maeve is truly excited about her first taste of croissant and the tiniest sip of Orangina, she is possibly even more smitten with the idea of gorging on large plates of spaetzle.

Have you ever tried spaetzle? If not, I recommend you address this lapse right away. If you enjoy pasta, I know you will love spaetzle. It’s really the German version of pasta and even easier to make than a fresh pot of the good old Italian variety. The consistency is similar as well as the flavor. However, I wouldn’t suggest you pile a bunch of marinara over your spaetzle. I would suggest you make it like I did with shallots and bacon. It’s a rich dish, perfect for a rainy Spring day around here or any day, really.

You can use a spaetzle maker like the one in the picture or squeeze your dough through a collander with similar type holes. There is no right or wrong way to go about this because spaetzle is irregular in shape. It’s sort of forgiving in that way, which is always refreshing. Besides, no one will really see it once you pile on those delicious savory toppings.

So I made some spaetzle for you today. 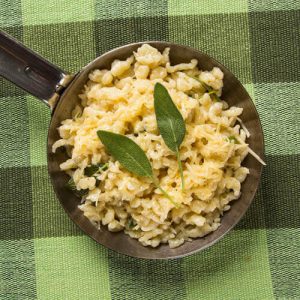 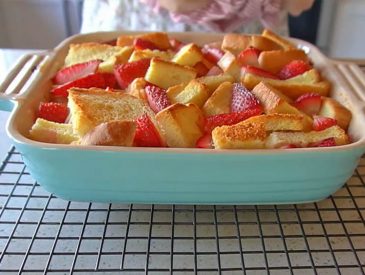 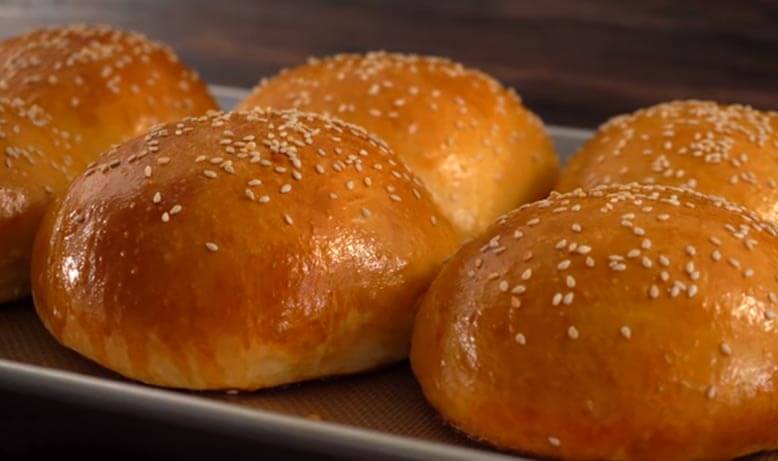 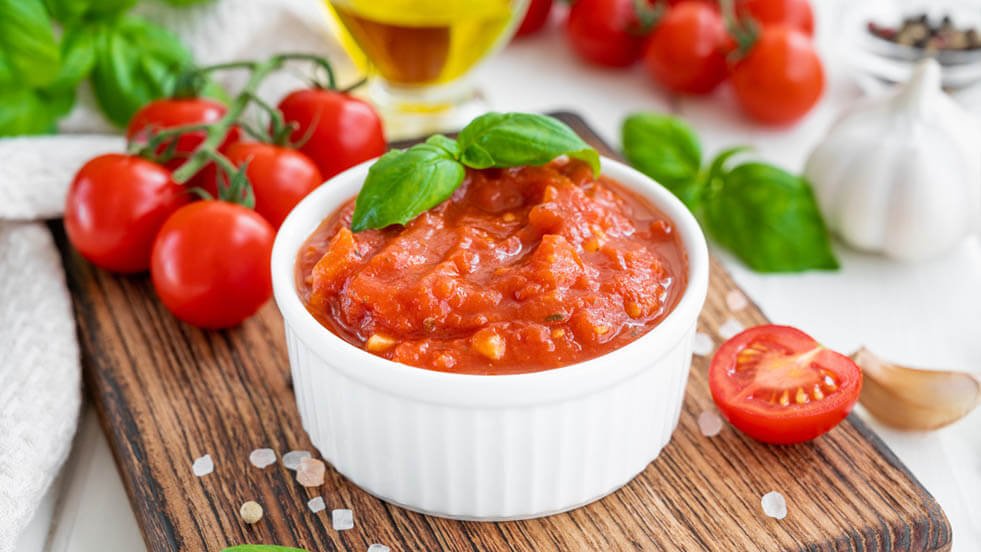 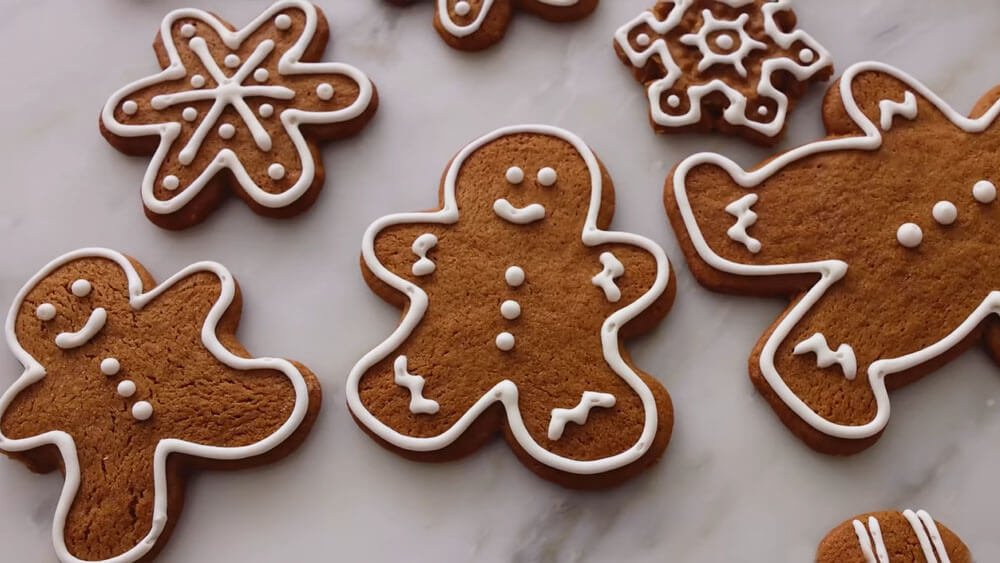