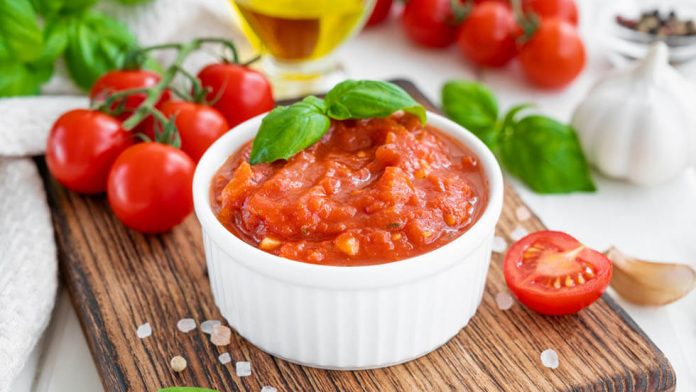 The original Marinara sauce makes a wonderful topping for many types of pasta and is the pinnacle for many more recipes that allow this iconic topping. If you thought that marinara sauce is only used for adding to meatballs or onto a pizza, but that’s only the beginning. When I started to look into what else this sauce is added to meals, it opened the door to possibilities that I never would have considered.

What marinara is being used in? It’s easy to say that if it’s an Italian recipe, you’ll likely find that marinara sauce is practically the first ingredient on your list. It’s such a vibrant blend of tomato flavor with just the right amount of herbs and spices. You’ll see this sauce being used in many traditional recipes that call for this sauce to be joined with nearly every type of meat imagined. You’ll find that it’s added to chicken or pork, beef and fish, and even plenty of shellfish on top of it all.

If you’re a big fan of Italian classics, this sauce fits right at home with chicken parmesan, lasagna, calzones, stuffed pasta shells, Italian sloppy Joes, manicotti, Italian meatloaf, ravioli, shrimp and penne pasta, meatball mostaccioli, and of course chicken cacciatore. While doing a bit of research I also found that this sauce is often borrowed by many other cultures around the world in their dishes too!

In the Philippines, they use this in a dish called Afritada and is highly influenced by Spain. It6’s likely that the Spanish who first settled in the Philippines would likely have brought their recipes. They also use this sauce for their version of Menudo which uses this zesty tomato sauce in this hearty meat stew. Over in France, you might be surprised to know that marinara sauce is also used for making Ratatouille.

And though France and Italy often share many similarities in their versions of what they consider the perfect sauce for Ratatouille, the recipe is readily accepted by many French people. You’ll be happy to hear that over in the Holy Land in Israel, they enjoy Shakshuka with thinned-out marinara sauce. Shakshuka is filled with tomatoes, onions, and loads of veggies topped with poached eggs.

Now obviously you’ll find that marinara sauce is also a great dipping sauce all by itself. If you enjoy fried mozzarella sticks, you’ll know that this is the perfect sauce for the job. Tomato soup is certainly a comfort food but adding a dash of marinara while making this will add a whole new layer. The same applies while brightening up a bowl of Minestrone in place of the tomatoes that are normally used.

What will you use your sauce for? I’ve always been open to using a great recipe for nearly anything that seems to fit into that category. After finding out what this sauce is could be used for, there isn’t much doubt in my mind that it’s the perfect Italian ketchup added in a dash to everything you make. While I can’t imagine it would go good with a veggie omelet that will ever replace my love for Pico de Gallo, then again, perhaps I’ve give it a try. It seems like yesterday I packed up an impressive collection of shoes, more than a couple fake Chanel jackets and several gingerly rolled posters of Pre-Raphaeliteredheads. I was headed to college and I didn’t intend on returning home to California at any point during this lifetime.  At the time, it didn’t matter whether I liked it here in Seattle or not. It was a city on the west coast and it wasn’t home. A two state buffer zone sounded perfect. I was so thrilled to start my new life I nearly raced off the stage during high school graduation. The only thing that stopped me was a terrible blistered sunburn dotting the back of my legs and four inch platform heels. Both things severely hampered my ability to walk, let alone run anywhere.

All this is really ancient history. However, the feelings of newness and wonder came flooding back to me last weekend as I chatted with my niece. She’s a freshman in college now. It’s truly hard to believe and quite interesting to behold. She’s still youthful, but just beginning to dip her toes into the adult world. Her excitement about her classes, her boyfriend, and her brand new apartment are simply contagious. She talks breathlessly about these subjects for hours on end with the kind of unbridled enthusiasm only a teenager can muster.

I love hearing about it all, but it’s especially fun to hear her talk about cooking for the first time. All signs suggest she is a budding foodie. She’s making curries. She’s cooking scrambled eggs with farm fresh eggs. She’s perfecting her cupcake recipe. And mishaps that would certainly test the patience of any wearied adult do not phase her in the least.  She tells me the quiche she made with the graham cracker crust wasn’t half bad. The brownies that failed to set? Of course, they were still edible.

I beam when I hear her discuss these things. My transition into cooking was a bit slower. In the dorms, no longer restricted to my mother’s bulk purchased puffed rice cereal, I feasted on vats of sugared cereals. There was an omelet bar, pizza whenever I wished, and baked goods everywhere. It was heaven until it wasn’t. I gained weight. I felt sluggish. That’s when I realized it was closer to hell.

Once I had my own apartment, I was thrilled to begin cooking. However, I didn’t really know where to begin. I burned a lot things. I undercooked others. I bought processed foods and, for a time, lived on a near exclusive diet of marshmallows and diet coke. I’m not proud of this. If I had to do it again, I might work on the staples. You’ve really got to have a few foolproof recipes in your repertoire.  These are the recipes you can whip up from your pantry or a quick trip to the market.

It never occurred to me to write about my basic meat marinara sauce until my conversation with my niece. Everyone needs a starting point and this meat marinara is an adaptable recipe. You don’t need to reinvent the wheel. What you need is a basic recipe. Once you have it under your belt, you can explore and get creative. You can adjust the seasoning. You can use different herbs at different times of the year. And, when summer bestows upon you a bounty of garden tomatoes, you can toss them into the mix or even roast them.

I make this recipe for meat marinara often. It’s great when I have little time or energy to do much more. It’s perfect for a budding foodie or a busy mom who wants nothing more than to avoid the jar of tomato sauce at the market. 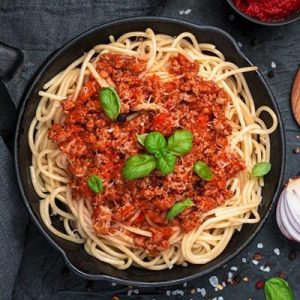